Devoran Metals supply a large range of gabions and rock mattresses suitable for both private and commercial erosion and coastal protection schemes. Typical applications include: arresting river and sea erosion; outfall protection; bank and bed protection and flood defences. With our base in Cornwall and surrounded by the sea, over the past 10 years we have built up a considerable expertise in coastal and river erosion control.

To help prevent river scouring gabion mattresses, also referred to as rock mattresses, are used. The purpose of a gabion mattress unit is to provide protection on water courses and coastal revetments against scour and erosion. The gabion mattresses also prevent the undermining of gabion retaining structures and can act as a foundation for the gabions to be built on.

The stone confinement within the units allows for higher shear stress resistance. The gabion mattresses are divided into compartments and filled with stone on site. With the lids closed, the gabion mattresses form flexible, permeable, monolithic structures. Considered a robust alternative to rip-rap, gabion mattresses offer long term performance against aggressive flow conditions.

The Benefits of Gabions and Gabion Mattresses –

This river was slowly claiming this back garden, the clients used gabions to prevent further river erosion.
The 1m sq gabions were built and set on top of our gabion mattresses. The purpose of a gabion mattress unit is to provide protection on water courses and coastal revetments against scouring and erosion caused by the river flow forces.

A stable and flat base for the gabion baskets to sit on. 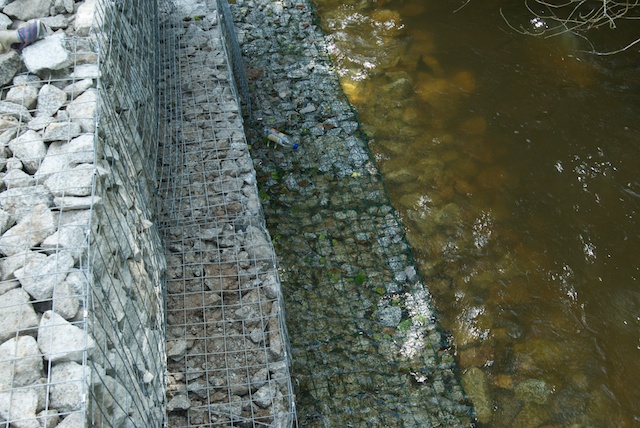 The gabion mattresses act as scour protection to prevent undermining of gabion retaining structures in coastal or river applications and as a foundation. 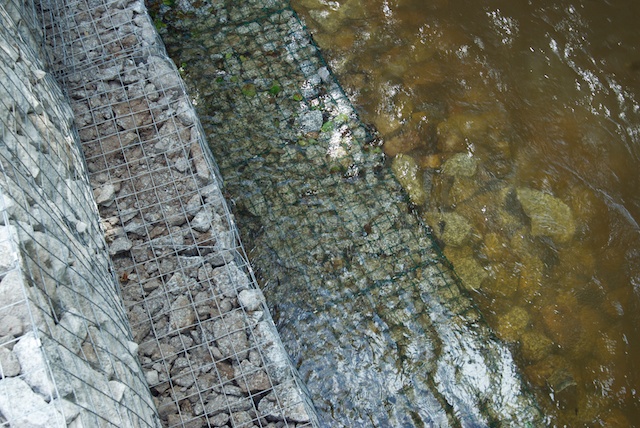